You don’t have to give up creamy, dreamy mac and cheese when you eat vegan! These 8 mouthwatering vegan mac and cheese recipes are sure to be a hit with everyone. Make them for weeknight meals or serve them to a crowd! In partnership with Sweet Earth Foods. ❤️ 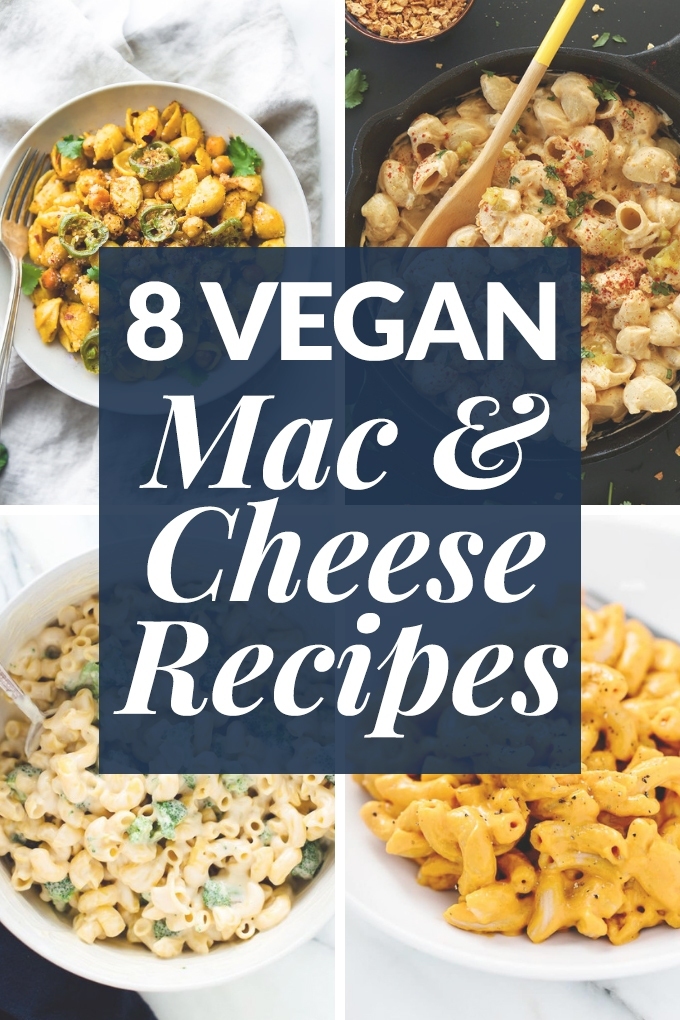 I’m literally scrolling through this post, with all of its cheesy, creamy deliciousness, and saying YASSSSS out loud. (Leo must be so confused!) If you’ve been looking for an epic vegan mac and cheese recipe, I’ve got not one… not two… but EIGHT recipes for ya today!

Cheese is probably the hardest thing for people to let go of when they decide to go vegan (or just eat less animal products). I loved cheese my whole life; at one point, I think I told people I was the cheese queen. 👑 Surprisingly, I haven’t had intense cheese cravings in the last 3+ years of being vegan. Being vegan in 2018 isn’t like being vegan in 1990; we have so many good options on the market! Vegan products, especially vegan cheese, has come a looooooong way.

Sometimes you just need a big bowl of comforting, creamy mac and cheese. Who says you can’t make it vegan? I’ve made a few of the recipes below, and they were great; I’m really looking forward to trying the rest, especially in the colder months when you need a stick-to-your-ribs kinda meal.

I want my vegan mac and cheese to be as close to the real thing as possible. I do NOT like when vegan cheese sauce is made with butternut squash (sweet mac and cheese) or has no fat (just potatoes, no cashews). These recipes are from bloggers I trust, so I know you’ll love any of them that you try!

All of them are full recipes except one—Sweet Earth Foods‘ NEW Vegan Cauliflower Mac! For when you want vegan mac and cheese, but don’t feel like making it from scratch. 💁🏼‍♀️ You can find it in the freezer section at a store near you (click here for the store locator). Keep a few in the freezer for when the mac and cheese cravings hit HARD! This bowl is the real deal—don’t let the cauliflower cream sauce turn you off, it is SO good. It’s also got vegan parmesan and chickpea miso for that real cheese flavor.

Without further adieu, here are the 8 vegan mac and cheese recipes you need in your life NOW! 🧀

1. Baked Vegan Mac and Cheese by From My Bowl 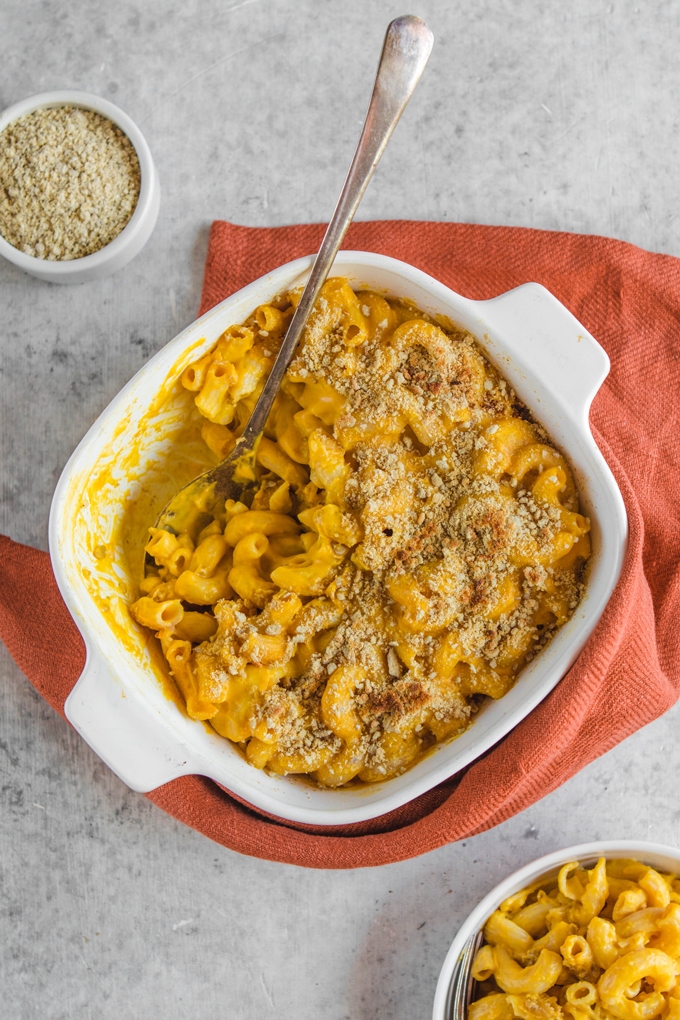 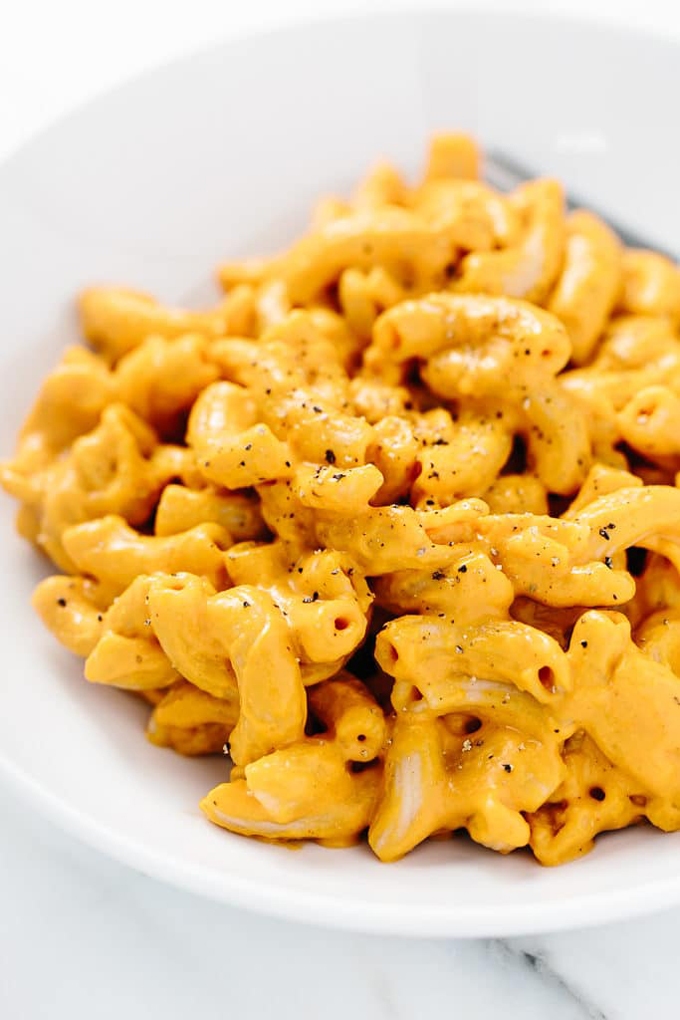 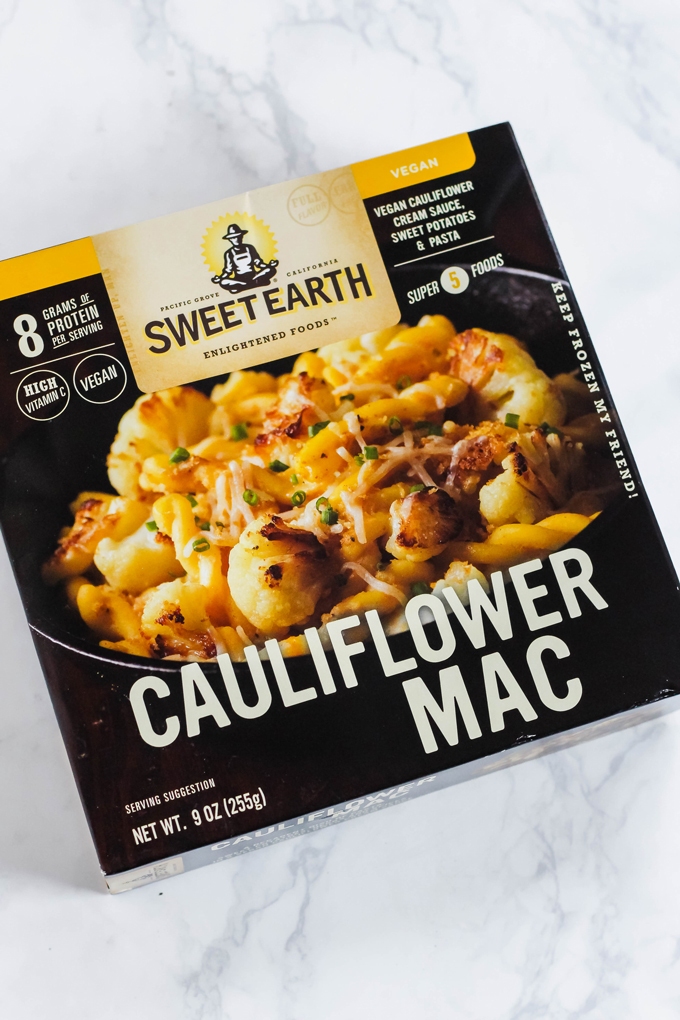 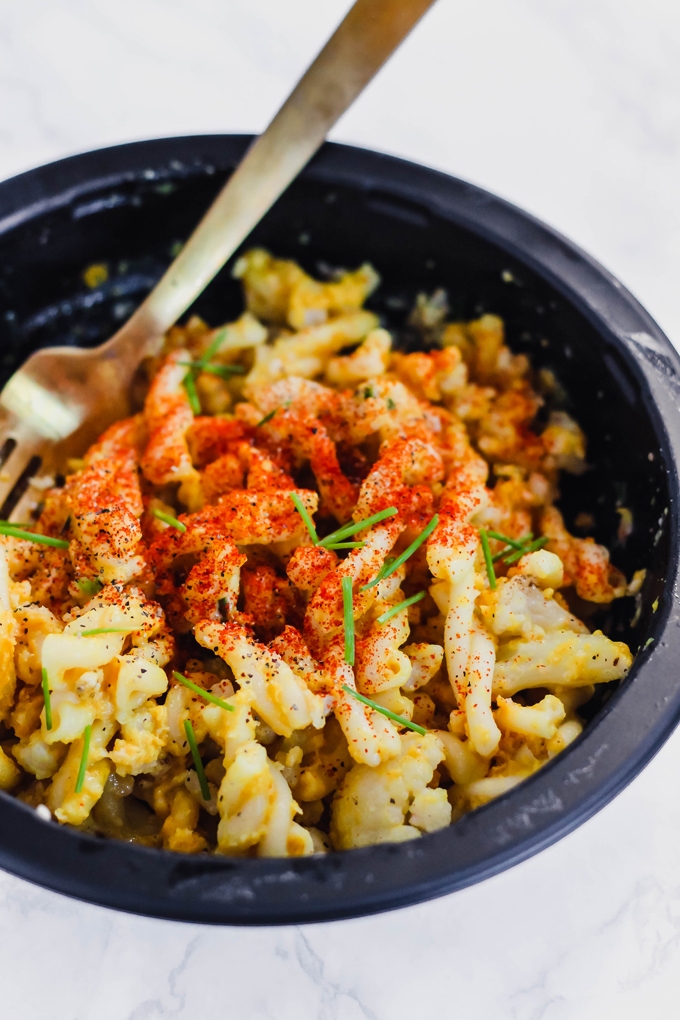 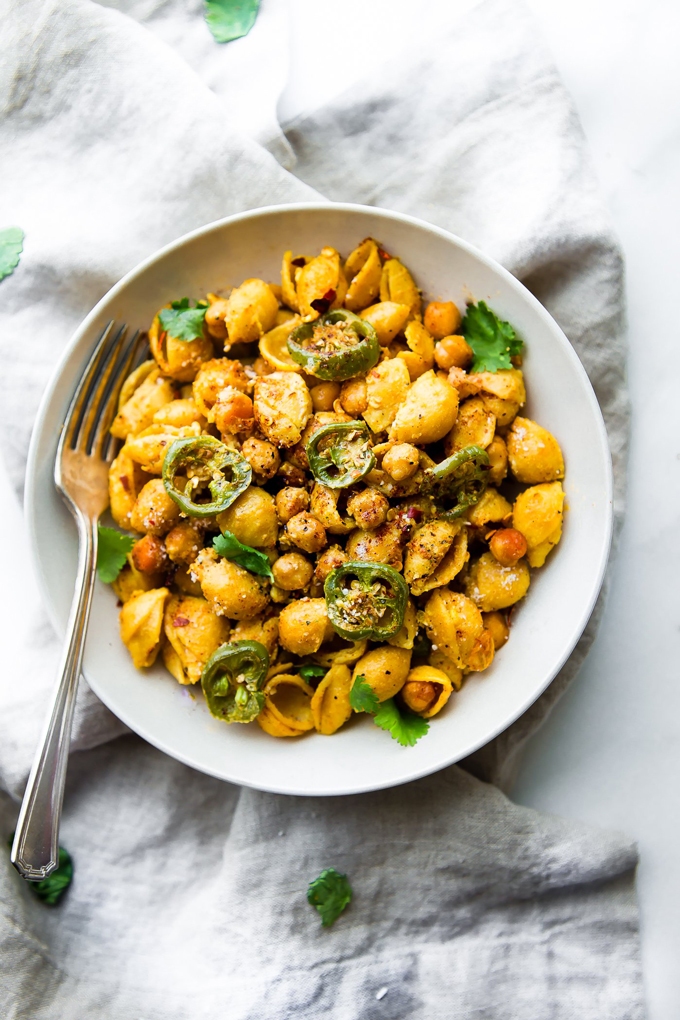 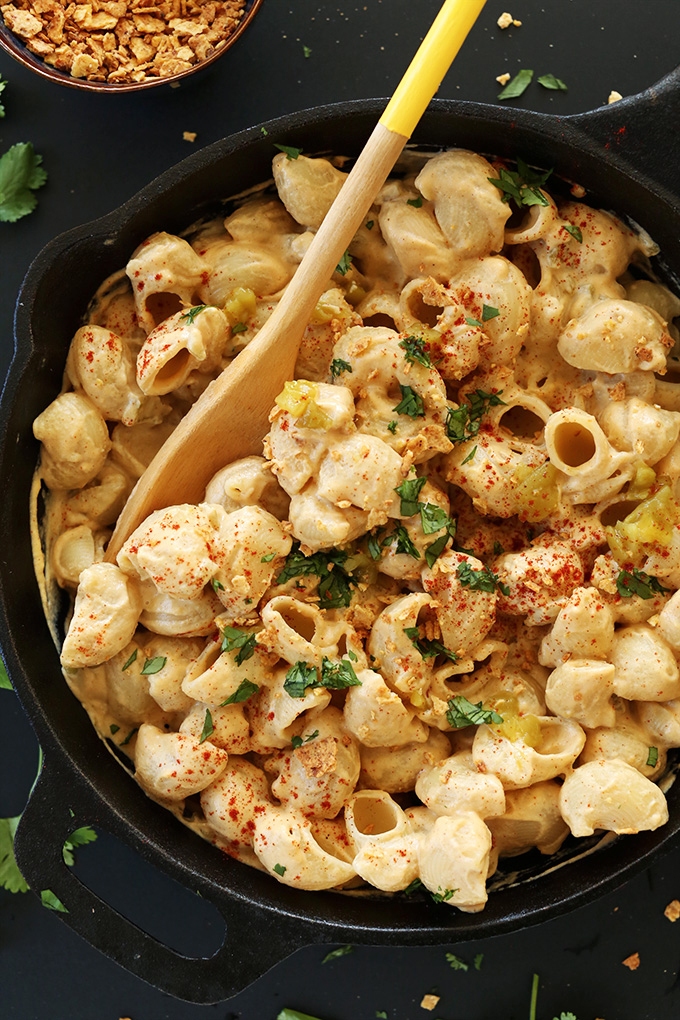 6. Amazing Vegan Mac and Cheese by Cookie and Kate 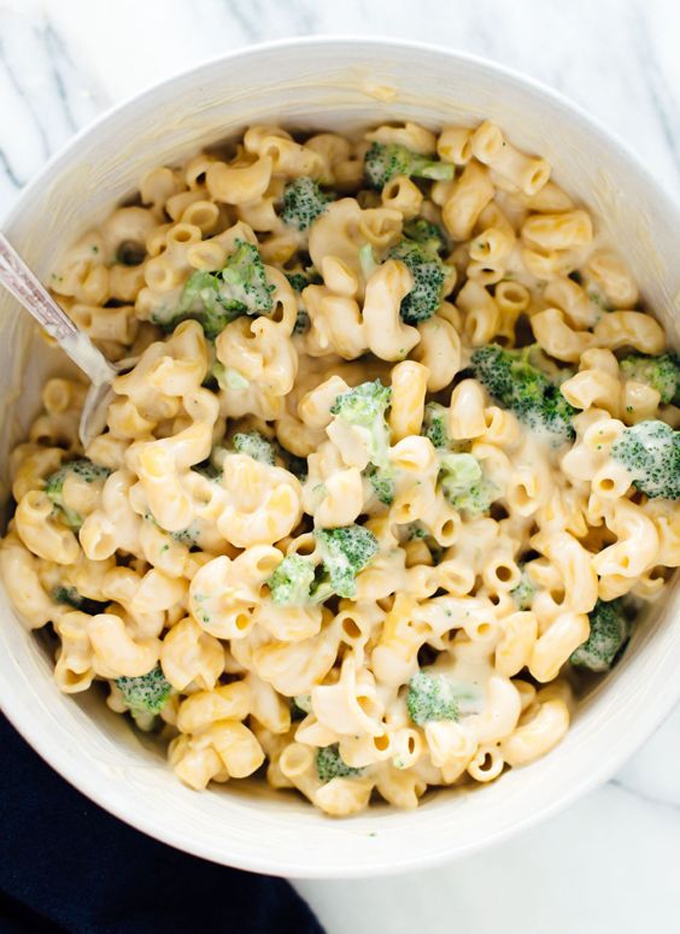 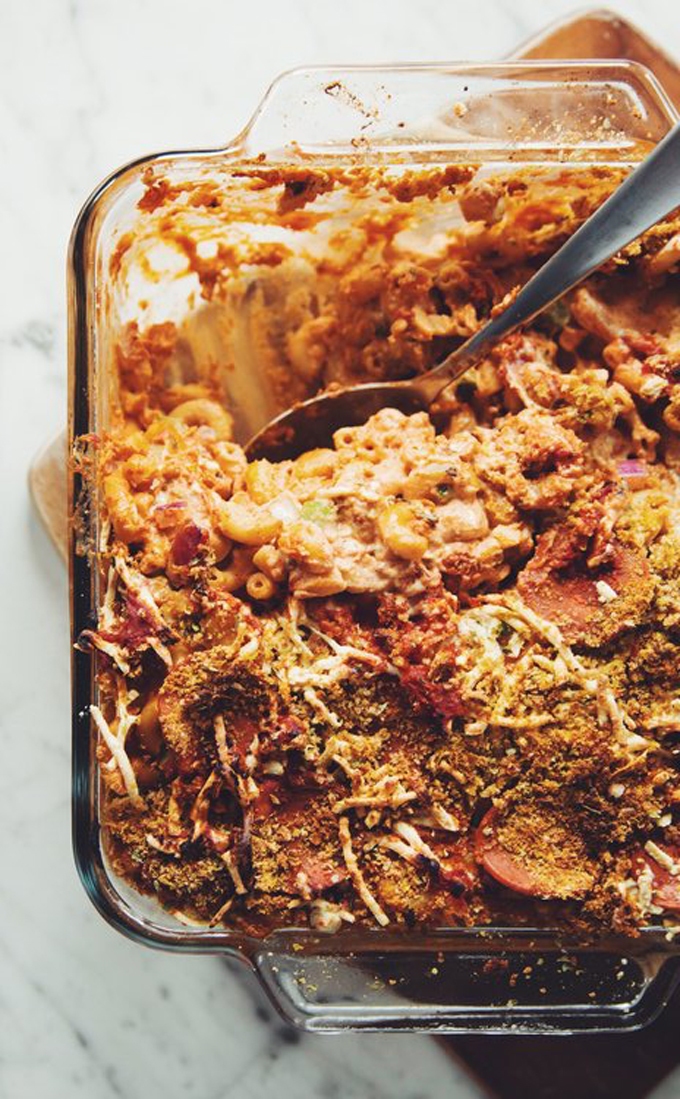 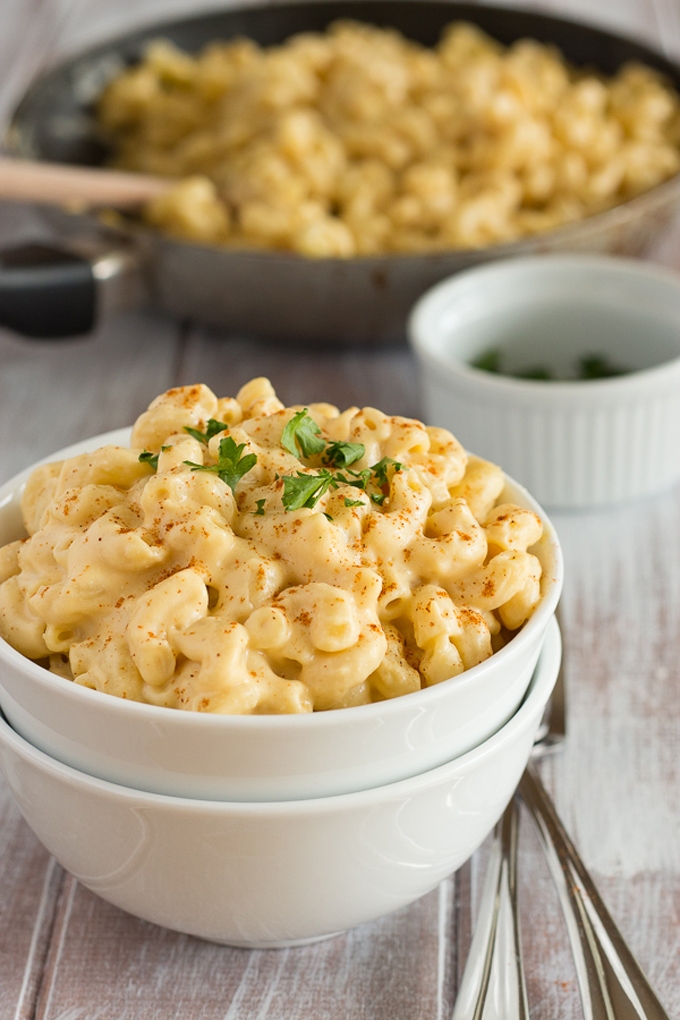 Thanks to Sweet Earth Foods for sponsoring this post! I love working with brands whose products I really love and would honestly recommend. Thank you for supporting this blog that I love oh-so-much! 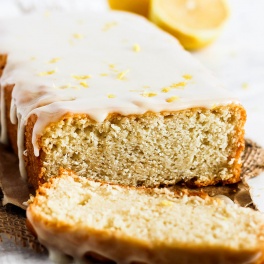 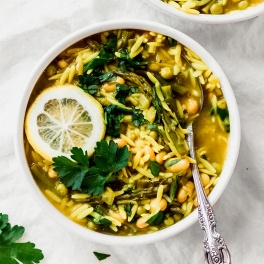 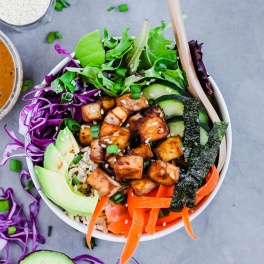 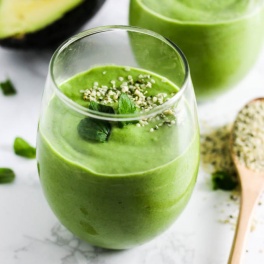 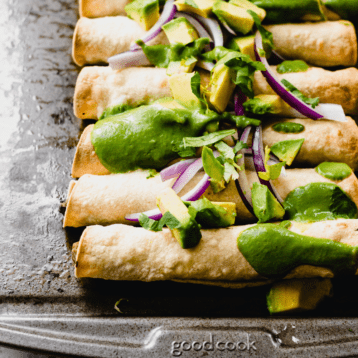 Need ideas for movie night snacks? Serve up these black bean taquitos with a creamy... 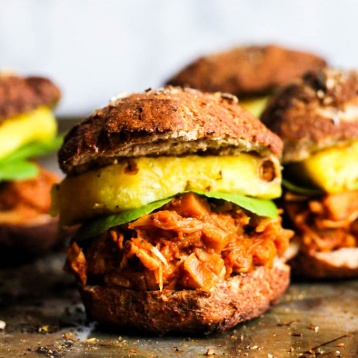